James Rowland argues that the Full Court of the Federal Court of Australia should examine thoroughly the basis on which the Australian Sports Anti-Doping Authority (ASADA) jointly investigated potential anti-doping rule violations (ADRVs) at Essendon Football Club with the Australian Football League (AFL).  In this post, he explains why this needs to occur.

What is common ground?

Previously,  Essendon Football Club (EFC) and its coach, James Hird, have asked the Federal Court to review the lawfulness of the ASADA CEO’s joint investigation with the AFL into ADRVs possibly committed by players at the club.

Some of the relevant facts were beyond doubt even before the litigation. A poorly governed, experimental supplements program was conceived and run in the football department of EFC in 2012. A cluster of information and sources emanating from EFC’s then football department link the players, coaching and support staff to a regime of injections, to suppliers and manufacturers of peptides, possibly including TB4.

Nobody involved in the program kept complete records nor can account for precisely what substances EFC’s 34 then senior players took and when. Meanwhile, unusual substances are known to have been present, and to have been injected by various people at the club at the time. This factual background has remained a constant, unchallenged feature of the litigation.

Nobody can deny, then, that the ASADA CEO had jurisdiction to use his or her power under clause 3.27(1) of the NAD Scheme to investigate the possible ADRVs which may have been committed in 2012 by one or more EFC players or support personnel.

Joint investigation – more than a label

At the time the ASADA CEO did not have explicit statutory powers to sanction players should they fail to cooperate in the investigation. By contrast, the AFL could sanction players for failing to cooperate in an investigation of possible ADRVs by enforcing provisions of its Anti-Doping Code that in turn form a part of the contractual regime binding players and coaches to terms of employment agreed with the AFL and with their club. This was admitted by the ASADA CEO to be the reason for the AFL’s joint involvement.

The joint investigation lasted for at least three months after joint player interviews commenced in May 2013 (in which the players and James Hird cooperated) and ended approximately when the ASADA CEO’s interim investigation report was provided to the AFL, at its request, in August 2013.

The fact that there was a joint investigation between the ASADA CEO and the AFL is documented in the original notice of interview sent to players. It is a fact recorded in the statements of witnesses to the investigation, and in their emails and notes about the investigation. It is a fact admitted by all of the parties to the litigation in the Federal Court. However, this fact was not accepted by Justice Middleton, who found instead that the words ‘joint investigation’ were merely a label. Can his decision in effect change this otherwise broadly accepted fact?

What we do not yet know

Had Justice Middleton found that there was a joint investigation, he might then have gone on to answer the question to which the public, ASADA and sports administration bodies and of course James Hird want to know the answer: Contractual regimes aside, was it lawful for the ASADA CEO and the AFL to investigate jointly possible ADRVs at EFC in 2012 and if so, what was the source of the joint investigation’s lawfulness?

“…the CEO is authorised to investigate possible anti-doping rule violations that may have been committed by athletes or support persons.”

This language is not ambiguous. Only the CEO has statutory power under the NAD Scheme to investigate possible ADRVs. Were joint investigations authorised by the statute, that would require different words, such as the following hypothetical drafting:

This drafting (or something similar) does not appear in the ASADA Act or the NAD Scheme. These instruments go so far as to require a sporting administration body to ‘have in place, maintain and enforce anti-doping policies and practices’ and ‘immediately inform the CEO of an alleged breach of its anti-doping policy and cooperate with any investigation into the matter’. (See NAD Scheme clauses 2.04 (a) and (d) and ASADA Act section 15(2)(c)).

Providing statutory authorisation for sporting administration bodies to investigate ADRVs jointly (i.e. assuming joint responsibility) together with the CEO of ASADA would raise some practical and legal problems, such as how exactly to provide sufficient judicial oversight of this process and to what standards of fairness the joint investigation should be held.

In Australian administrative law a distinction is made between domestic and statutory bodies. ASADA is a statutory body and the source of the ASADA CEO’s power to investigate ADRVs comes from the ASADA Act. The AFL is a domestic body and the source of its power to investigate ADRVs comes from its constitution (its memorandum and articles of association). Under the AFL’s constitution, the AFL has a power to ‘administer the laws relating to football’ which in a broad sense include the AFL player rules and the AFL Anti-Doping Code.

However, the AFL was established for a reason other than solely promoting drug-free sport and has an overriding purpose under its constitution to promote the game of Australian Rules Football and to encourage the playing of matches. It is not clear what power the AFL has under its constitution to accept joint statutory authorisation to act as an anti-doping investigator under the NAD Scheme. In practical terms it is also hard to see how the AFL could always satisfactorily manage the conflict between its “constitutional” purpose of promoting the game and encouraging matches and exercising the necessary independence required of a statutory ADRV investigator.

We saw this very scenario play out as the AFL sought to bring the joint investigation to a head before the 2013 finals series (when it felt it had sufficient information to charge James Hird and Essendon for bringing the game into disrepute and hopefully end the saga), while the ASADA CEO continued the investigation into June 2014 (presumably until it had gathered sufficient, good quality evidence to justify issuing show cause notices) and continues the investigation.

One of the distinctions between statutory and domestic bodies under Australian administrative law is that the standards of procedural fairness are (theoretically) different and higher in a statutory body. (See J.S. Forbes, Justice in Tribunals, at p 104) The second is that the actions of domestic bodies are less susceptible to judicial review: courts tend not to readily interfere in the administrative decisions of private organisations. (See AFL v Carlton [1997] VSC 33 per Tadgell JA. See also Ainsworth v Crimminal Justice Commission (1992) 175 CLR 564 at 584-585 per Brennan J)

Where clarity is needed

Unfortunately, there are few if any Australian cases which consider in specific detail what steps are required to provide procedural fairness at the investigative stage of an administrative investigation into possible ADRVs. Fewer still consider this question in the context of a joint investigation between a statutory and a domestic body (such as ASADA and any sporting administration body). The Australian Government Investigation Guidelines (which apply to ADRV investigations by the ASADA CEO by virtue of clause 3.27(2) of the NAD Scheme do not provide any guidelines which answer how an ASADA investigator should jointly and fairly conduct an ADRV investigation with a body such as the AFL.

Could it be that Justice Middleton made a factual error in finding that there was no joint investigation, only a label? If so, perhaps James Hird’s appeal serves a useful public purpose and will explore some of the issues mentioned above. The facts behind this case were unusual and the joint ASADA / AFL investigation was groundbreaking and unique. Contractual regimes aside, it would be good to know how the full court of the Federal Court thinks the joint investigation squared with the different standards of procedural fairness required from statutory and domestic bodies under Australian administrative law.

James Rowland is an international arbitration counsel who enjoys AFL football and lives in Warsaw. 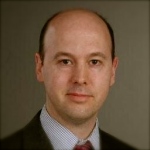 J.S. Forbes at 104: “The expected standard of fairness rises as issues become more serious, particularly when the proceedings are in the public domain.”

AFL v Carlton [1997] VSC 33 per Tadgell JA: “The courts have not taken the view that a privately-founded, privately-managed organisation – even one with numerous adherents or devotees and enjoying widespread community popularity – is necessarily to be subject to control by the courts. That is certainly not to say that such an organisation may treat itself as above the law: it is merely to acknowledge that the courts will not discourage private organisations from ordering their own affairs within acceptable limits.”

Ainsworth v Criminal Justice Commission (1992) 175 CLR 564 at 584-585 per Brennan J: “The broad purpose of judicial review is ensure that statutory authority, which carries with it the weight of State-approved action and the supremacy of the law is not claimed for …decisions or acts that lie outside the statute.” cited in J.S. Forbes, Justice in Tribunals, 3rd ed. at p. 8